Quality Web Printing’s story isn’t based in bottom lines and profit margins. It’s the story of a family business owned by Mike and Belinda Finch and run by a father and son. A business intent on producing quality newsprint products at a competitive price with great customer service. While Quality Web Printing didn’t actually come into existence until 2003, its roots were formed in the early 1960s. A Courier-Journal paper route peaked Mike Finch’s interest in journalism. That interest led him to pursue a career in print media.

In 1984, the Finches purchased The Todd County Standard in Elkton, Ky. In 1989, Finch bought his first web press and began primarily printing The Standard, along with a few commercial jobs. Soon after, his son Michael began to show interest in the family business, spending high school summers helping wash press blankets and catch papers. After college, Michael began his print media career with The Standard. But after a short stint, he left the family business to pursue other opportunities.

Our passion for what we do transfers into our services 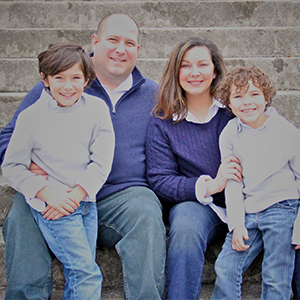 Michael Finch II with his wife Jamie,
and their sons Eli and Jude